Ahead of planning being submitted, the Tigers and Axiom Yorkshire are inviting supporters to attend a ‘Meet the Developers’ evening at The Mend-A-Hose Jungle. 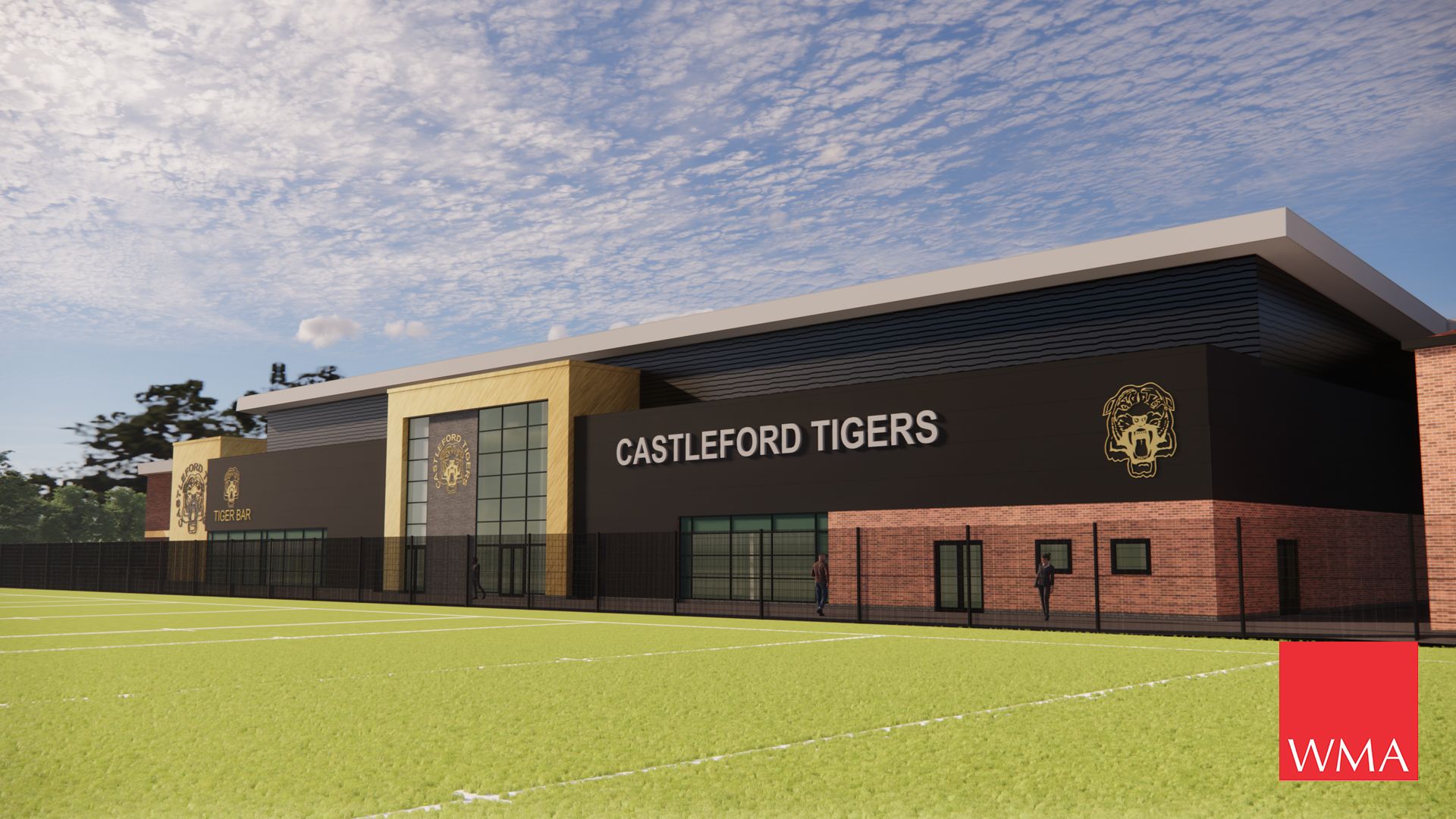 Ahead of planning being submitted for the redevelopment of Castleford Tigers’ home stadium and Axiom Yorkshire’s employment development on August 1st, the Tigers and Axiom are inviting supporters to attend a ‘Meet the Developers’ evening at The Mend-A-Hose Jungle.

The public consultation website for the proposals is live and can be viewed by visiting axiom-j32.co.uk

Join us at The Jungle on Thursday night to find out much more details about the developments, take a closer look at the designs and ask your questions to the developers directly!

If both planning applications are successful, funds raised by the proposed new employment development would supplement Wakefield Council’s £2million grant to Castleford Tigers via their Rugby League Resilience Fund, announced at the end of last year and directly fund works to Wheldon Road. This mirrors the mechanism of the recent planning approval at Newmarket Lane which is providing funds to redevelop Wakefield Trinity’s Belle Vue ground.

Castleford Tigers and Axiom Yorkshire have prepared plans to modernise the Wheldon Road stadium rather than relocating to a new stadium at Junction 32 of the M62 near Glasshoughton.

These plans include a new Main Stand, alongside major upgrades to the existing Princess Street Stand, Railway End and Wheldon Road End. The new Main Stand would be all-seater and provide much needed new facilities for supporters, including pitchside viewing areas for fans with disabilities. The new Main Stand will offer modern changing rooms for players and officials, alongside a new gymnasium, medical and physiotherapy facilities. A banqueting suite and hospitality suites are proposed for the upper level of the new Main Stand.

Much needed new staff and foundation offices will be provided in the corner of the Main Stand and Railway End. The Railway End will benefit from a roof and new terracing, while further new hospitality suites will be offered to replace the existing facilities in this stand and in addition to those in the new Main Stand.

A separate planning application for the Axiom site at Junction 32 will focus on providing new employment and commercial space. The site has planning approval for around 70,000 sq m of retail, leisure and stadium space, which is unlikely to be built out in the short to medium term. Axiom Yorkshire is instead proposing up to 140,000 sq m of employment development, intending to take advantage of the strong current demand for employment and distribution space.

The proposals for employment development at Junction 32 will also see a multimillion pound investment at the Junction 32 roundabout, as well as other local highways improvements.

Axiom Yorkshire anticipate that employment development on the Junction 32 site would create around 1,800 on-site jobs and almost 600 further jobs elsewhere to support it, plus over 650 jobs during construction.

“These proposals for Wheldon Road will be transformational, not just for the stadium but also for the club and our local community. To finally have state-of-the-art facilities for fans, players and officials alike would secure the future of our club. A significantly enhanced and enlarged matchday hospitality offer makes sound commercial sense, while a new banqueting area makes the stadium much more attractive for non-matchday uses.

“We are really excited to finally be able to engage with the community on these proposals, and I would encourage people to come along to the events and participate in the consultation.”

A spokesperson for Axiom Yorkshire, owners of the Junction 32 site said:

“The Axiom site is ideally located for commercial development, with easy access to the motorway network. If approved, the revised Axiom proposals could generate a very large number of jobs for the local area, both permanently and through the construction phase. In addition, funds will be raised to support Castleford Tigers’ plans to redevelop Wheldon Road.

“We are looking forward to sharing the proposals for both projects during the forthcoming community consultation.@