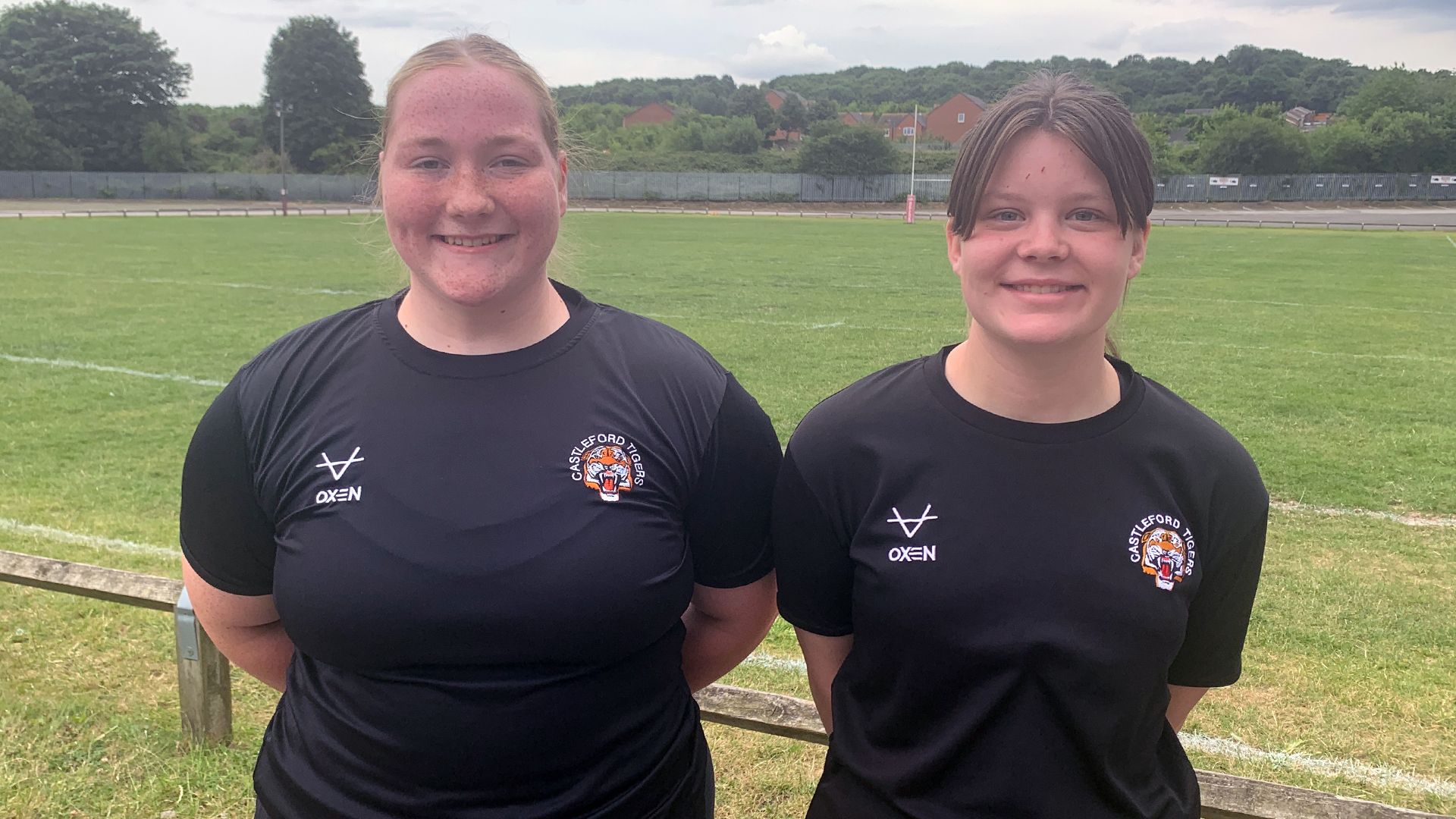 The two Dewsbury Moor players have been working hard in our Women’s Academy system for a number of months and will now reap their rewards by making their senior bows in the Tigers colours! The Tigers thank Dewsbury Moor for their support of Alice and Maddison and of the club too.

Castleford Tigers Women’s Youth programme was established to develop young players at our club with a focus on 16-19-year-olds. Furthermore, a Scholarship programme was put in place too for Under 16’s as part of our commitment to developing young rugby league talent.

A powerful forward, Alice Iwanejko has been a co-captain of Dewsbury Moor’s Open Age side, reflecting her character as one of the younger players in the side. Now she feels ready to take on the challenge of a Women’s Super League fixture after working in our Academy programme, which she will still be developing in.

“I’m so excited, I think it’s the start of a new chapter for me,” Iwanekjo told castlefordtigers.com.

“I’ve come through the ranks at Dewsbury (Moor) and moved up the leagues with them and I think the next natural step for me was playing in Super League.

“Coming into the Academy and starting by being part of that two/three-year development programme with Cas and training with the open age side, again feels like that natural step to work my way into the First Team Women’s side.

“Being a co-captain this season has been a massive step up for me, being one of the youngest in the side I’ve still had the chance to co-captain for them. Being able to play for Dewsbury still whilst I’m developing and getting into Super League is good.”

It will be a proud day for Maddison Rainey and her family when she takes to the field against Wakefield and makes her senior debut for the Tigresses.

“As a Cas fan myself I’m very excited! My grandparents are from Cas, and I got into rugby league when I was like twelve and I’ve loved Cas ever since!

“I’ve been with Dewsbury about four or five years now and enjoyed every minute of it! They’ve been nothing but great for me, but I thought I could push myself further and challenge myself more by joining the Academy too. It’s another big step in my rugby league experience.

“I can’t wait, I’ve played against big teams before like York or Wigan, but I think this will be really good and I’m looking forward to it!”

The Tigers would like to wish both Alice and Maddison well on their debuts, and fingers crossed they will make it one to remember with a derby day victory at Belle Vue.